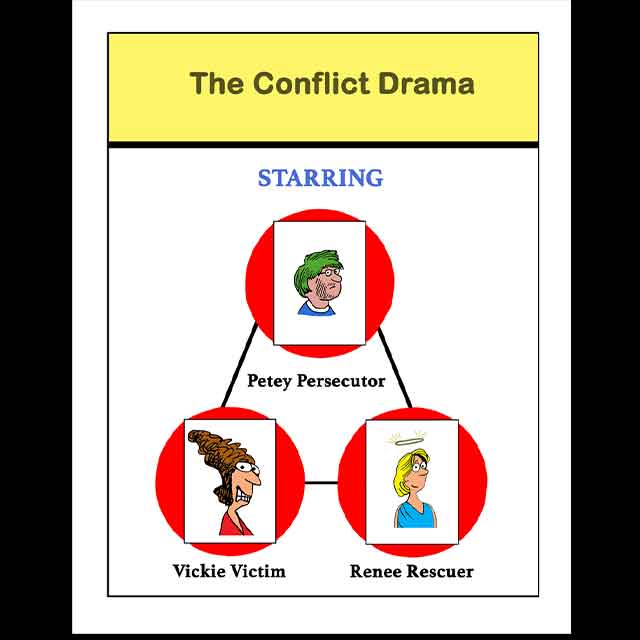 In 1968, Stephen Karpman, M.D., developed what he called the “drama triangle”, containing three sides which he labeled victim, rescuer, and persecutor. Karpman’s “drama triangle” model is used in Healing Springs Ranch’s substance use therapy and is as relevant today as it was 51 years ago.  The victim, rescuer, and persecutor are subconscious roles people play, to manipulate others.

Karpman describes the victim as a “poor me” character. A victim might see themselves as victimized, oppressed, powerless, helpless, hopeless, dejected, or ashamed, and can be extremely sensitive, needing extra “care” from those around him/her. A victim often denies responsibility for their circumstances and feel powerless over their ability to change those circumstances.

The rescuer, in Karpman’s model is characterized as the one that is compelled to freely “help fix” everything. A rescuer sees themselves as the caretaker of others, driven to help others feel good about themselves, often to their detriment.

Oh, the persecutor! Quick to judge and associate blame on others, a persecutor criticizes, blames, and holds others to unachievable expectations.  The persecutor is oppressive, rigid, authoritative, angry, unpleasant, controlling and bullying with threats.

Staying in your “wise mind” allows you to see clearly the regression into these roles, either in ourselves or in others.  People fall back to what they know during times of stress or conflict and typically a person resorts to one or more parts of the drama triangle because the “roles” are familiar based on the conditioning they received from their family of origin.   A wise mind is essential to make conscious choices in our relationships and social interactions.

How does the drama triangle play out in real life?

A victim always searches for a rescuer in their life.  The victim seeks someone to save them and if that rescuer fails, the victim will quickly redefine them as a “persecutor’.  A victim typically cannot make decisions, solve problems, feel joy, or understand that they are responsible for their sabotaging behaviors.

“The victim stance is a powerful one. The victim is always morally right, neither responsible not accountable, and forever entitled to sympathy.”-unknown

A rescuer is a classic co-dependent or enabler and must “help” their victim while diligently working to ensure they fail on their own. Often a rescuer will use guilt to keep a victim dependent and are often unsettled when they are not in the act of “rescuing”.  Rescuers appear harried, overworked, and tired, acting as a martyr with loads of resentment towards their “victim” and life in general.

“A rescuer isn’t always a person. Addictions to alcohol or drugs, sexual addiction, workaholism- all the ways we numb out- can rescue the victim for feeling his or her own feelings”- David Emerald Womeldorff

Persecutors are inflexible and inhumane.  Unable to be vulnerable, their biggest fear is becoming a victim themselves. Although persecutors yell, point fingers, and criticize, they never actually solve their problems.

“Martyrs and persecutors are the same type of man. As to which is the persecutor and which the martyr, this is only a question of transient power.”- Elbert Hubbard

Why is the drama triangle so powerful?

In life you will recognize that people (and maybe yourself) will cycle between all three drama roles, never stepping outside the of triangle. Victims must be “rescued”; rescuers must “save”; persecutors must “blame”.  You may recognize these extreme versions or encounter milder versions of the drama triangle.  Whether extreme or mild, the drama triangle becomes a continuum of people acting out their parts, unable to take responsibility of their part in perpetuating the triangle trap.

Healing Springs Ranch (HSR) uses the drama triangle model as well as many others in their recovery treatment. HSR wants you to experience holistic recovery and places an emphasis on getting to the underlying issues that led you to substance use in the first place. We’ll work with you to understand the “why” behind your addiction to help you overcome it. 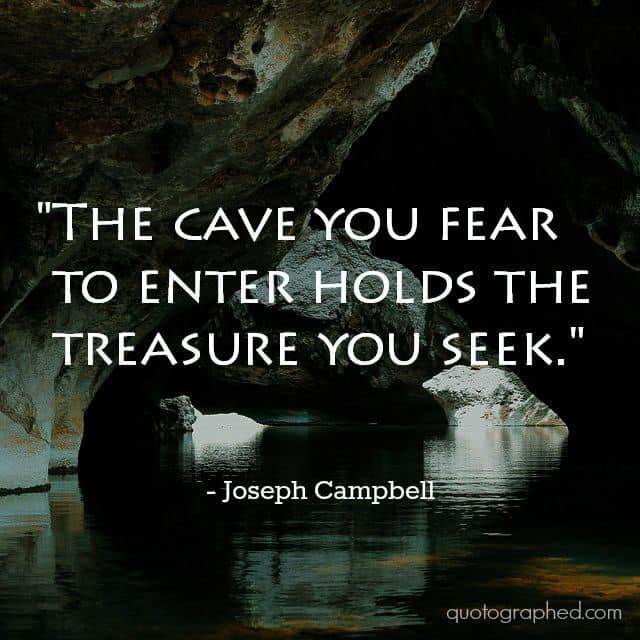 An author and a scholar, Joseph Campbell created what he referred to as “The Hero’s Journey”.  Campbell described the developmental cycle of mankind as an inner transformative journey, a myth that transcends time and place; a path that leads all humans through movements of separation, descent, and challenge-while circling back to do it all over again.

1. the Ordinary World is what Campbell describes as the starting point.  A world that allows us to know ourselves (the hero) before the journey begins. This is a time of discovery, where you learn about the Hero’s hopes, desires, and challenges.

Every life, story, or myth experiences a challenge that disrupts the Ordinary World, and to restore balance, one seeks to find a resolution to the challenge. The Ordinary World (the hero’s home) and the Special World represent contrast.

3. It is human nature to resist what we fear, the unknown, and facing our insecurities. Campbell calls this the Refusal of the Call to Adventure. The safety of the Ordinary World without risks, danger, or failure is preferred but with each Refused Call, the stakes increase until the Hero has no choice but to accept the Call.

4. Your Mentor is someone that helps navigate your journey and is not always someone you meet in person. A Mentor guides The Hero towards confidence and insight, offering advice and training, to overcome fears of the adventure. The Mentor may be a person, an object, or an inner strength and has the experience and wisdom to survive the challenges of the Special World.

5. When the Hero accepts the journey, he has Crossed the Threshold between the Ordinary World and the Special World. This phase is about confronting fears and challenges. Facing fears and accepting challenges force the Hero into acting.

6. The Hero is tested in the Threshold phase, by learning how conditions and people change. The Hero is challenged to identify who and what can be trusted. The Hero prepares for the what is yet to come is this stage.

7. The inner conflict with the treasure payoff as The Hero breaks through to the other side.  The Inner conflict stage is what The Hero fears most.  This stage, The Hero utilizes all that he has learned to overcome his greatest fear within the Special World.

8. This stage is when The Hero engages in the Ordeal, the life-or-death crisis, facing his greatest fears and confronting his biggest challenges. The Ordeal is central and essential to any Journey.

9. The Reward can be physical, knowledge or love, it is achieving inner change. Whatever the treasure, the Hero has earned the right to celebrate.

10. The road back and the decision to return to the ordinary world. A Hero’s success in the Special World may make it difficult to return to the Ordinary World. Like Crossing the Threshold, The Road Back, needs an event that will push the Hero through the Threshold, back into the Ordinary World. The Event may be an internal decision that must be made by the Hero

12. Return with the treasure with a new understanding. The Hero uses the lessons learned in his adventure; personal growth, love, wisdom, freedom or knowledge.

Overcoming this final challenge shows The Hero what he must know and do to survive, and he takes that back with him when he returns to the Ordinary World. The Hero’s Journey repeats until he has what it takes to overcome any challenge.