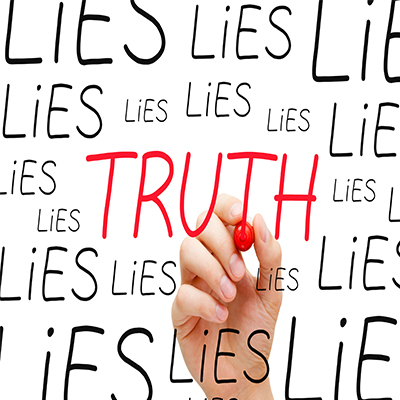 Lying can be hereditary, Pseudopodia fantastica is an extreme form of lying that has a strong genetic component. Pathological lying can also be a symptom of mental illness. Regardless of the reason, people can become so used to lying, there doesn’t need to be a reason. When lies are so blatant, it makes one wonder why the unnecessary deception. Trying to make sense of the senseless, it takes looking at the lies through the liars’ eyes.

Obviously, the lie means something to the liar, even when it seems so senseless. People may lie because the lie is crucially important to them, even though it may seem inconsequential to others. Be curious to understand the importance of what they are saying with questions like, why is this so important to you?

Some may feel that telling the truth is in a sense, giving up control. By creating their own reality through lies, they feel more in control of situations where the truth might not fit with their own narrative.

People who lie often feel as though they need to lie to feel respected, liked, and valued and they are worried that the truth might lead to rejection or shame.

Lies are not a one-and-done thing. One lie most often leads to more to support and cover up the initial lie. It is almost impossible to admit to a lie, doing so would create the fall of the house of cards and result in future distrust.

There is always the possibility that the lie doesn’t feel like a lie to the teller. Sometimes, there is such ‘buy in’ to the story we tell ourselves that it becomes our truth and not a lie.

Alternate facts are a real part of today’s environment making it increasingly difficult to decipher the truth from the desire of what we want the truth to be.

By default, humans are honest and tell the truth most of the time. To function effectively in the world, we need to be able to rely on the honesty of others.

Now that we understand why people lie, we can ask the question of whether lying has anything to do with a person’s integrity. Though the word integrity is talked about liberally, do we really understand the meaning? Integrity means doing the right thing even when no one is looking. How does integrity show up in our daily lives? Examples of integrity are:

Integrity is a behavior-based virtue, meaning we are not born with or without it. Living in integrity takes a decision to do the right thing and is practiced in everyday life. Rachel Graham talks about finding your life purpose through exploration of what matters and includes living in integrity.

Follow and learn more about Rachel’s personal journey; how lies have shown up for her in her life and how she has chosen to live with integrity.