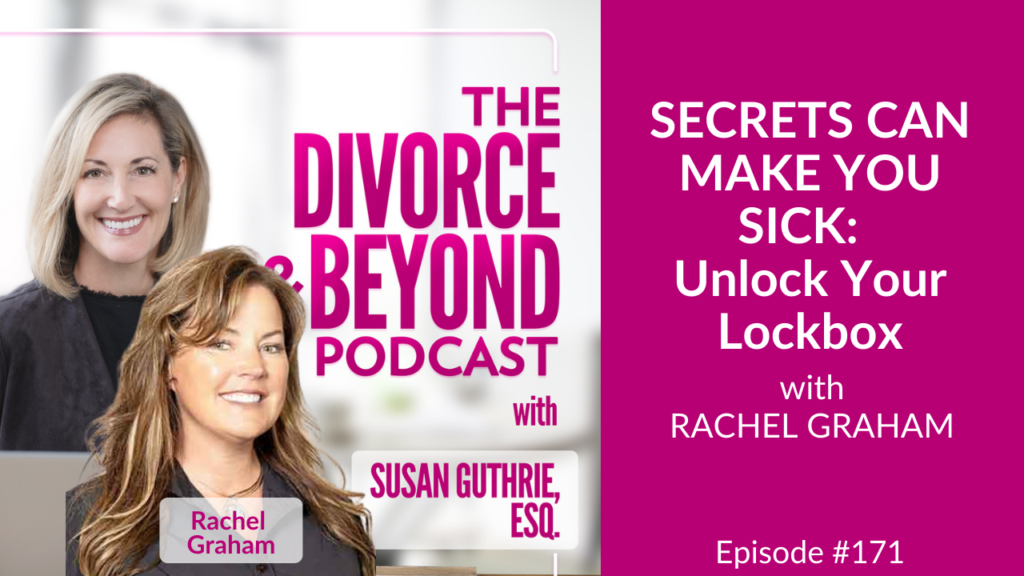 The Divorce & Beyond Podcast with Susan Guthrie, 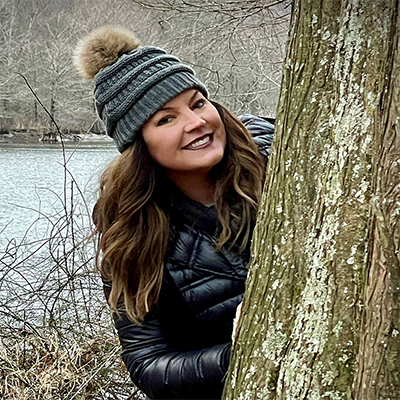 ALLEN, TX, March 04, 2021 /24-7PressRelease/ — Rachel H. Graham recently spoke at the TEDxTaraBlvd, event in Jonesboro, GA, held on February 22, 2021. The TEDx Talk, Secrets: Unpacking Your Lock Box to Live A More Joyful Life has recently been released for the public to enjoy.

“I am excited to share my second official TEDx talk with TEDxTaraBlvd. This incredible opportunity has given me the ability to use my voice to empower and create meaning and purpose in so many lives,” said Rachel H. Graham, CEO and Founder of Evolve and Transform, and CEO and Co-founder of Healing Springs Ranch.

Graham’s talk focuses on the half-truths we tell others and ourselves; the secrets we keep hidden in our “lockbox” and the power that comes from unpacking what’s inside. This TEDx talk was filmed in Beavers Bend State Park by the incredibly talented Jason Ward Photography.

“When I heard Rachel’s idea, I knew her perspective of the new essential was highly relatable and transformational. What she and her team did to add context and layering of the idea through filming was sheer genius and an unforgettable delight,” said Dena Wiggins, curator, and organizer of TEDxTaraBlvd.

The independently organized event, licensed by TED, featured local voices and TED Talks videos under the theme: The New Essential from Multiple Perspectives.

Like many communities, the TEDxTaraBlvd community experienced unprecedented change, ambiguity, and uncertainty individually, in community, and as a part of our evolving humanity. Small communities made and continue to make pivots from the point of the new essential. Humanity witnessed overnight shifts about what is essential in the light of now. What is the new essential– the lasting big ideas that we take with us as we rebuild? The Tara Blvd community is no stranger to change, rebuilding, reinvention, and rebirth.

About TEDx, x = independently organized event
Tedx was born out of a desire to spread ideas within communities. TEDx is a program of local, self-organized events that bring people together to share a TED-like experience. At a TEDx event, TED Talks video and live speakers combine to spark deep discussion and connection in a small group. These local, self-organized events are branded TEDx, where x = independently organized TED event. The TED Conference provides general guidance for the TEDx program, but individual TEDx events are self-organized. (Subject to certain rules and regulations.)

About TED
TED is a nonprofit organization devoted to spreading ideas from inspired thinkers, often in the form of short talks. Many of these talks are given at TED conferences, intimate TED Salons and thousands of independently organized TEDx events around the world. Videos of these talks are made available, free, on TED.com and other platforms. Audio versions of TED Talks are published to TED Talks Daily, available on all podcast platforms.

TED’s open and free initiatives for spreading ideas include TED.com, where new TED Talk videos are posted daily; TEDx, which licenses thousands of individuals and groups to host local, self-organized TED-style events around the world; the TED Fellows program, which selects innovators from around the globe to amplify the impact of their remarkable projects and activities; The Audacious Project, which surfaces and funds critical ideas that have the potential to impact millions of lives; TED Translators, which crowdsources the subtitling of TED Talks so that big ideas can spread across languages and borders; and the educational initiative TED-Ed. TED also offers TED@Work, a program that reimagines TED Talks for workplace learning. TED also has a growing library of original podcasts, including The TED Interview with Chris Anderson, WorkLife with Adam Grant, Pindrop and TEDxSHORTS.